What Girls Can Learn from Taylor Swift’s 'Miss Americana' Documentary

When you hear the name Taylor Swift, what comes to mind? Pop music, blond hair, little miss perfect? Or, if you’re like me, you think all of those things but with a little more country twang. Wait, it isn’t 2006 anymore and I am sad. 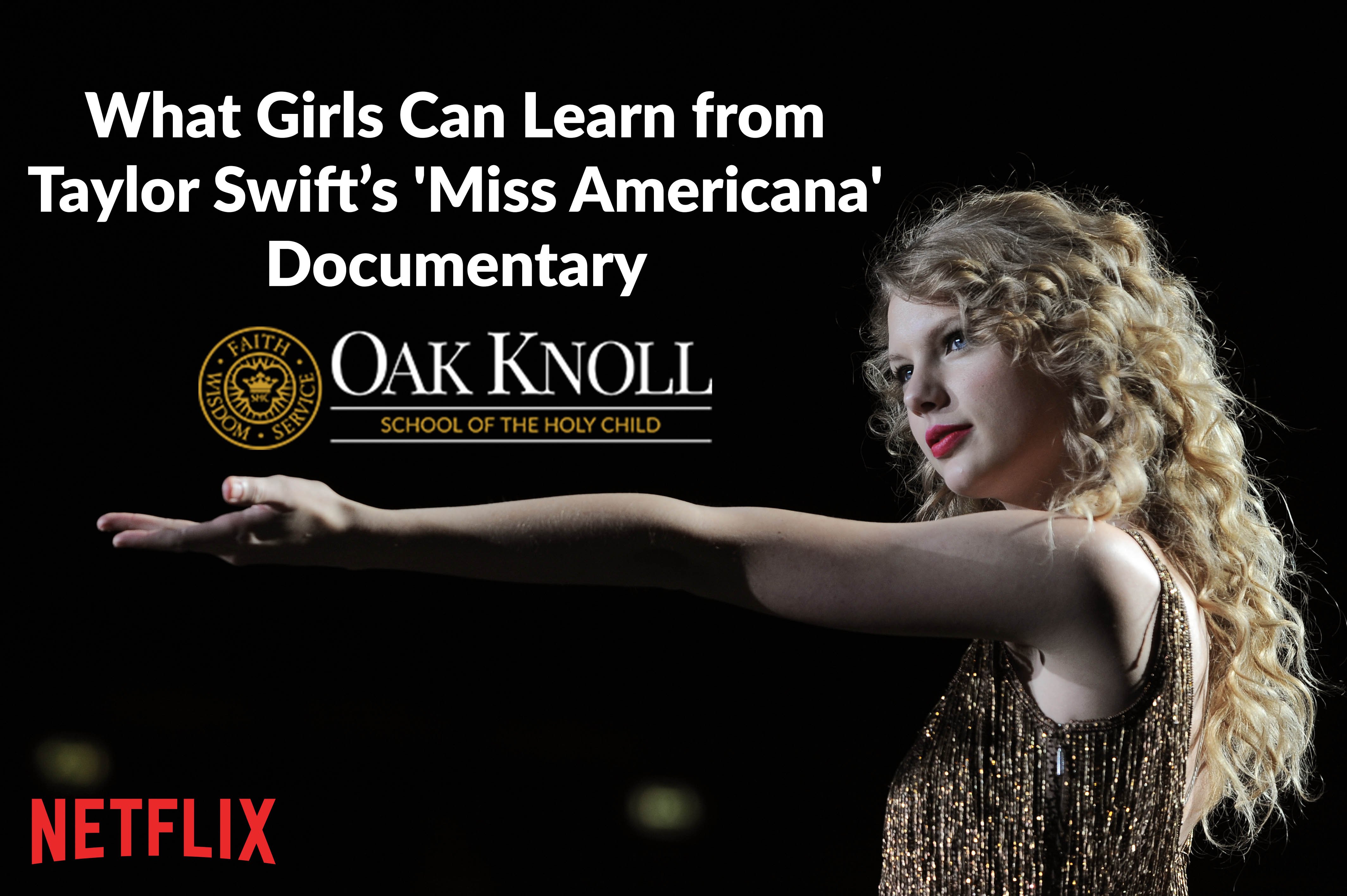 As a fan of Taylor Swift from the beginning, I was excited when her "Miss Americana" Documentary dropped on Netflix in January 2020. I was expecting to hear some of her old songs I used to love ("Tim McGraw," "Our Song," "Picture to Burn") and get an inside look at how she rose to fame.

And while I got what I wanted, I couldn’t help but see so much more that related to what middle and high school girls experience as they go through puberty and develop as young women. I saw a girl who put so much pressure on herself to always be “the good girl” that she lost her voice. I saw someone who was so insecure in herself that she lived for the approval of strangers. I saw someone who was so driven by success that when she achieved her every dream, she was lost.

In her documentary, Taylor describes what it was like to strive for perfection. A pressure she put on herself to achieve the unattainable — to always be polite, to say the right thing, smile and wave — never be controversial. I was constantly reminded of Rachel Simmons's "The Curse of the Good Girl" while watching this film).

"Unerringly nice, polite, modest, and selfless, the Good Girl is a paradigm so narrowly defined that it's unachievable. When girls inevitably fail to live up — experiencing conflicts with peers, making mistakes in the classroom or on the playing field — they are paralyzed by self-criticism, stunting the growth of vital skills and habits." - Rachel Simmons, New York Times Bestselling Author

Living for the Approval of Others

It wasn't until her mother was diagnosed with Cancer that things were put into perspective:

"Do you really care if the Internet doesn’t like you today if your mom is sick from chemo?" - Taylor Swift

Taylor was so driven by success she lost the most important thing of all — herself. She talked about climbing a mountaintop to what she thought would be her greatest accomplishment — winning a Grammy. But when she eventually won (she now has 10), what was left to do? She reached the top of that mountain — now what? It took time away from the spotlight for her to find what was most important — her family, her voice, her own fulfillment.

No matter if you love her music or hate what she stands for, there's no doubt "Miss Americana" shines a light on the pressures a young girl puts on herself when she achieves a massive amount of success at such an early age. The biggest lesson of all? In a world where we encourage girls to take risks, push boundaries, and face fears, we must also remember to let them fail so they learn to pick themselves up.

See Also: My 2008 Review of Taylor Swift's Fearless album when I used to do things like that.