How to Teach About Christopher Columbus

When teaching students about Christopher Columbus in 2018, it’s important to take many different perspectives into consideration. Students – even those in elementary school – are capable of understanding different perspectives. Students must be encouraged, in an age-appropriate way, to research and develop their own opinions about this part of our history. 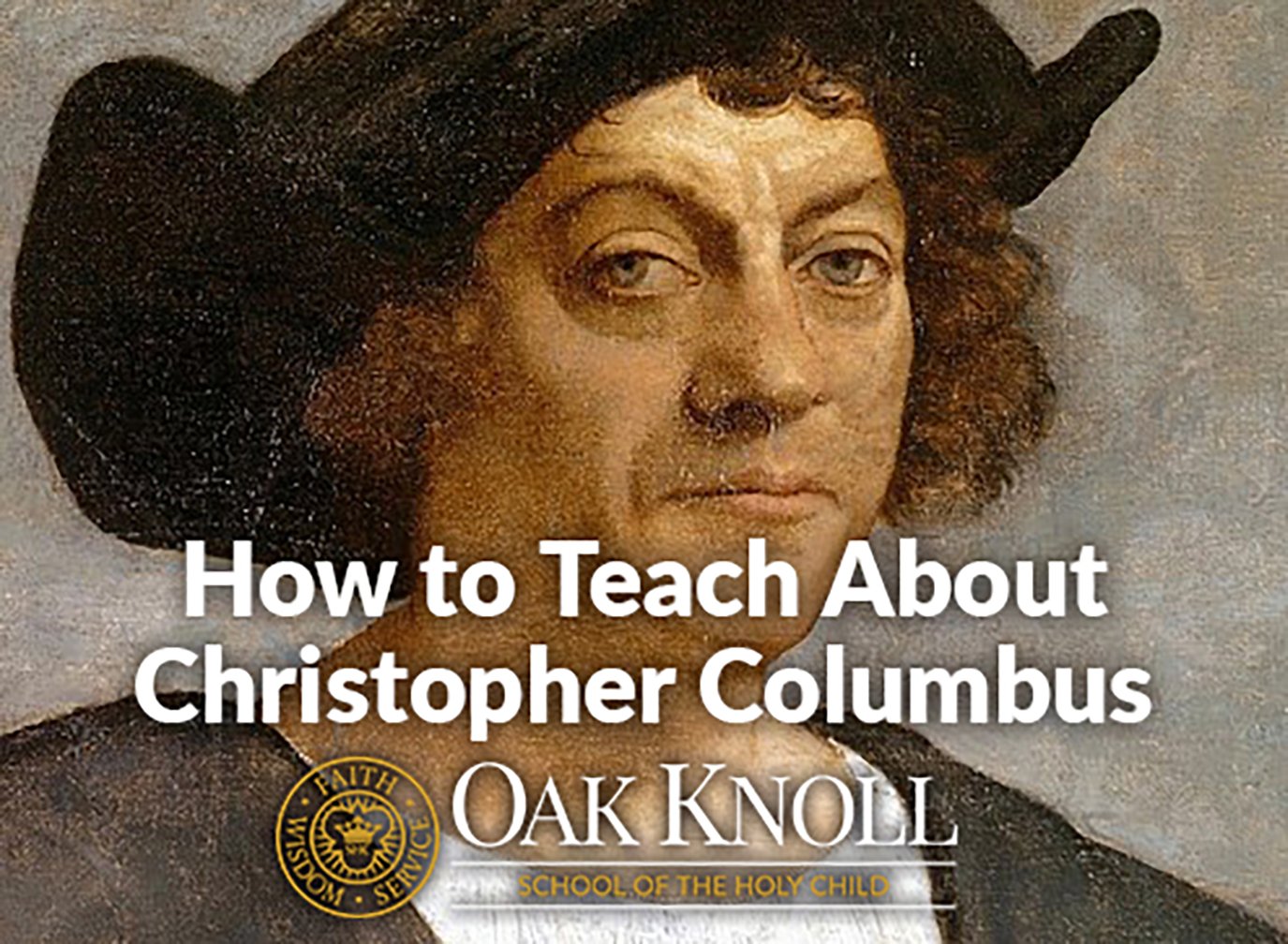 When teaching students about Christopher Columbus, I …

Columbus Day was declared by President Franklin D. Roosevelt on October 12, 1937, following extensive lobbying by the Catholic service organization The Knights of Columbus. A number of cities and states had been holding events to honor Christopher Columbus as early as 1932.

In 1968, Congress passed the Monday Holiday Law to establish three-day weekends for certain federal holidays, including Columbus Day. By then, some 45 states observed a Columbus Day holiday. Since then, some cities and states have tried to eliminate or substitute Columbus Day with another holiday, such as Italian American Day or Indigenous American Day.

Many Italian-Americans support a celebration of Christopher Columbus for one of two beliefs:

Native Americans, on the other hand, consider Columbus’s arrival “a disaster from the beginning.” He shipped members of the Tainos tribe back to Europe to show what he had discovered. Those who followed Columbus into Central America, South America and North America continued his genocide against the indigenous peoples of those regions. The American Indian Movement continually urges Congress to replace Columbus Day with Indigenous Americans Day. Congress has thus far resisted their request, but cities and states (Minneapolis, Seattle, Alaska, Vermont) have made the replacement.

Ask students to build their own perspectives

Did Columbus actually “discover” America in 1492? Technically, no. First, 100 million indigenous Americans already lived in North and South America. Secondly, Norse Vikings, led by Leif Eriksson, had sailed to Canada (Baffin Island) in 1000 A.D. His “discovery” was acknowledged by Lyndon B. Johnson in 1964 when the president declared October 9 to be Leif Eriksson Day. So how could two different European groups “discover” America? I suspect the answer lies in the invention of the printing press in 1440 – long after the Vikings’ journeys and shortly before Columbus’s travels. The printing press enabled the European world to know about Columbus.

Instead of celebrating his “discovery” of America, are we celebrating the personal characteristics of Columbus? If so, we must also consider his imprisonment and slaughter of the Tainos tribe he first encountered in Hispanola. He, along with a great majority of Europeans, considered the indigenous peoples of any “unknown” lands they encountered as being uncivilized, barbaric and inferior.

This year, the History Department of the all-girls’ Upper School at Oak Knoll School of the Holy Child has selected as its theme, “the danger of a single story.” Knowing that each of us has a perspective, a bias, it is important to recognize the depth and breadth of as many perspectives as possible. By doing so, we gain a better understanding of history as well as of the world today. We understand that a single event usually generates several interpretations. Knowing those enables us to enrich and strengthen our own perspectives.

What is your perspective on Columbus? Italian-American? Indigenous-American? Or, something else completely? Just know why you hold the perspective you do.