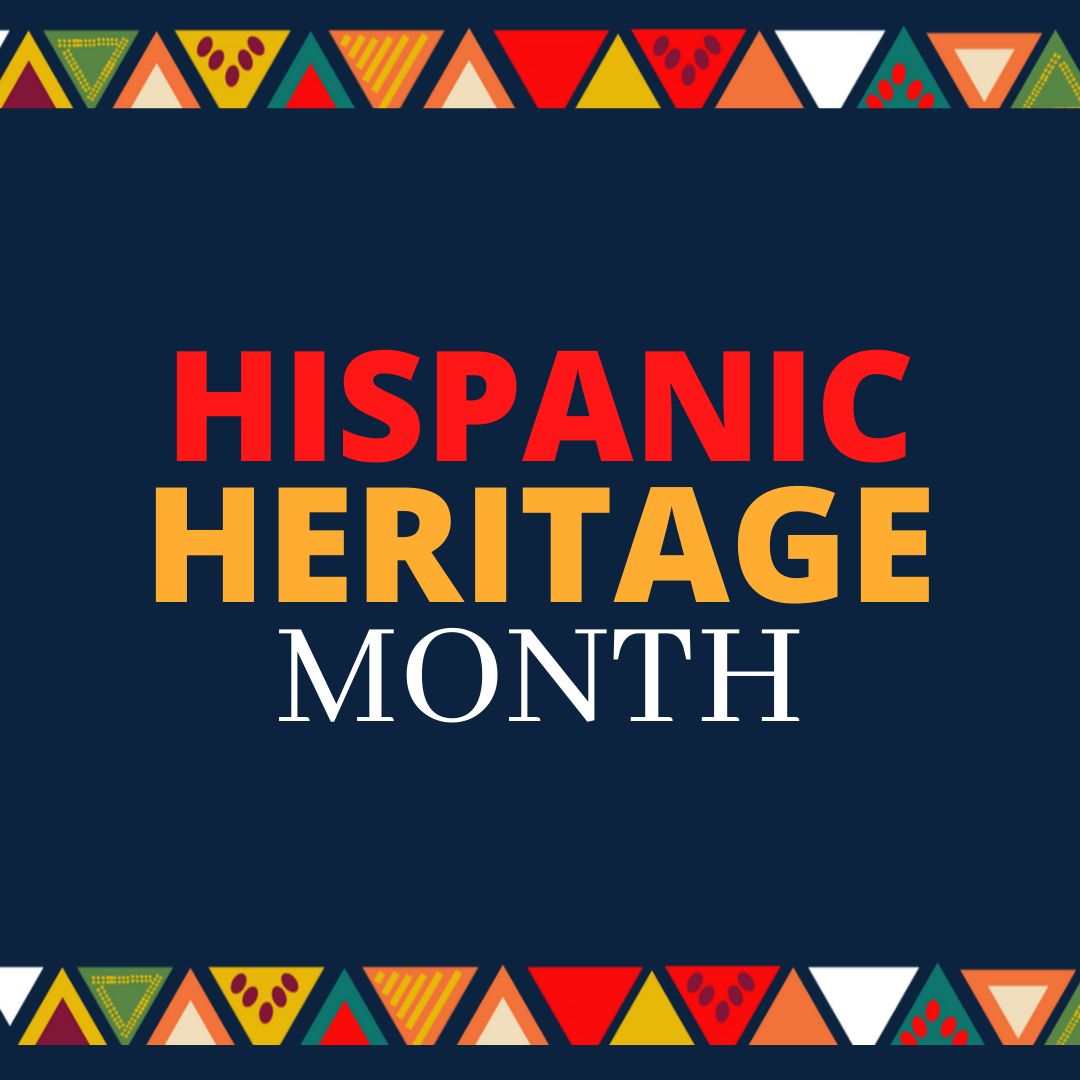 President Lyndon B. Johnson first introduced National Hispanic Heritage Week in 1968. On August 17, 1988, Congress passed a law to extend it into a month-long holiday during Ronald Reagan's presidency. The first Hispanic Heritage Month was celebrated in 1989.

It’s important to note that Hispanic and Latino/a are sometimes used interchangeably, however, they do not mean the same thing. Hispanic refers to individuals that are from or descents of Spain or Spanish-speaking countries. Latino/a refers to individuals from or descents of Latin America including Central America, South America, and the Caribbean. In the same way that the Hispanic and Latino/a diaspora is very diverse, so is the way people choose to racially or ethnically identify. It is always advised to confirm someone’s preference.

Although I encourage celebrating the histories, cultures, and contributions of American citizens whose ancestors came from Central and South America, Mexico, Spain, and the Caribbean all year around, Hispanic Heritage Month is a month of pride and joy for Hispanics and Latino/as. It can serve as a wonderful initial opportunity for many individuals to take a deeper dive into the rich history of Hispanic and Latino/a Americans and other pivotal Hispanic and Latino/a figures throughout history.

Reading books with children is a wonderful way to learn about different cultures. Oak Knoll School has wonderful displays in both the Upper School and Lower Library highlighting books by Hispanic and Latino/a authors or books about individuals of Hispanic and Latino/a descent that have significantly contributed to our society. Local community libraries can also serve as another resource. If you are looking to add books to your home library for young children, I particularly enjoy the bilingual books from the publisher “Lil Libros.”

As a mother of two young children, I am appreciative of the increase in representation in different animated movies in recent years. Two movies that are very popular in my household are Disney’s “Coco” and the recently released “Vivo.” After watching the movies together, it serves as a starting point to talk about and further explore the rich geography of Latin American and the diversity of different kinds of music from Latin America. Both films also feature fantastic soundtracks.

If you are looking for an in-person experience that is not too far from New Jersey, El Museo del Barrio, located in New York City, is a fantastic museum that is one of the leading Latino cultural institutions. Another one of my favorite art museums is the National Portrait Gallery in Washington D.C. They have two wonderful virtual programs called “Introducing,” and “Young Portrait Explorers” where ‘Portrait Gallery educators shine a light on some of this country’s history makers and their portraits.’ During Hispanic Heritage Month they will feature individuals like Justice Sonia Sotomayor, Juan Marichal, and Carmen Herrera. These programs are great for younger children. I also recommended reaching out to some of your local museums to see if they are offering any special exhibits or events celebrating Hispanic Heritage Month.