Why Labor Day Is Still Relevant

Often seen as summer’s last hurrah – one last chance to enjoy a family barbecue or trip to the shore – Labor Day is among the least understood holidays. And while the meaning of the holiday seems somewhat self-explanatory, its origins are far less obvious, yet very much relevant today. 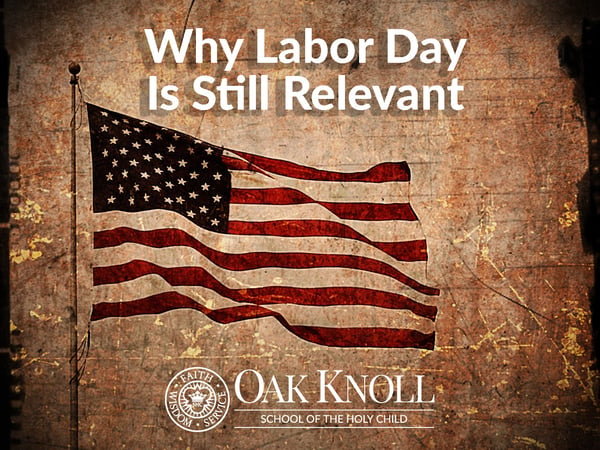 The holiday was first celebrated in New York on September 5, 1882, by the Central Labor Union to create a day to celebrate the everyday worker. It quickly spread within the following years.

The world was different in innumerable ways, including labor. Between the decades that preceded the first celebration – the 1830s and 1880 – the average worker would endure more than 60 hours of work a week.

It wasn’t until the 1930s when some of the labor laws and practices we know today became a reality, with The Fair Labor Standards Act that proposed, among other things, a 30-hour workweek.

It was revised and ultimately adopted in 1938, to include the eight-hour work day and 40-hour work week to many commercial enterprises.

Child Labor: Then and Now

As an institution of learning and growth for children and young adults, it’s particularly poignant to note that the act was also noteworthy for formally prohibiting children under the age of 18 from performing certain dangerous jobs. It additionally limited children to no more than three hours of work on a school day until the age of 16.

When labor groups were first celebrating Labor Day, child labor was still a much more common occurrence in the United States. Throughout the late nineteenth and early twentieth centuries, children still found themselves working in unsafe conditions.

But instead of being an unfortunate relic of a bygone era, oppressive child labor still exists in the world today.

While labor conditions in most instances have improved dramatically over the course of time, the gender wage gap persists.

According to the Women’s Bureau of the U.S. Department of Labor, despite recent inroads, women working full-time, year-round earned on average only 79 percent of men’s median annual earnings in 2014.

Among the ways the gap has closed during recent years, according to the bureau, are women beginning to outpace their male counterparts in obtaining higher education and women increasing their participation overall in the labor force.

Other less dramatic, but altogether important conversations are taking place in legislative bodies regarding minimum wage, paid family leave and collective bargaining for public unions throughout the United States.

Each complex issue has potentially far-reaching implications and wherever you may fall on each issue, Labor Day and what it seeks to celebrate remains as relevant as it ever has.