Why Every Child Should Learn to Code

In today’s world, children are inundated and, often, overwhelmed with smart devices such as iPads, smartphones and even 'Alexa.' By encouraging students to learn how to program code on these devices, we are really teaching children how to be in control, rather than letting the devices control them. 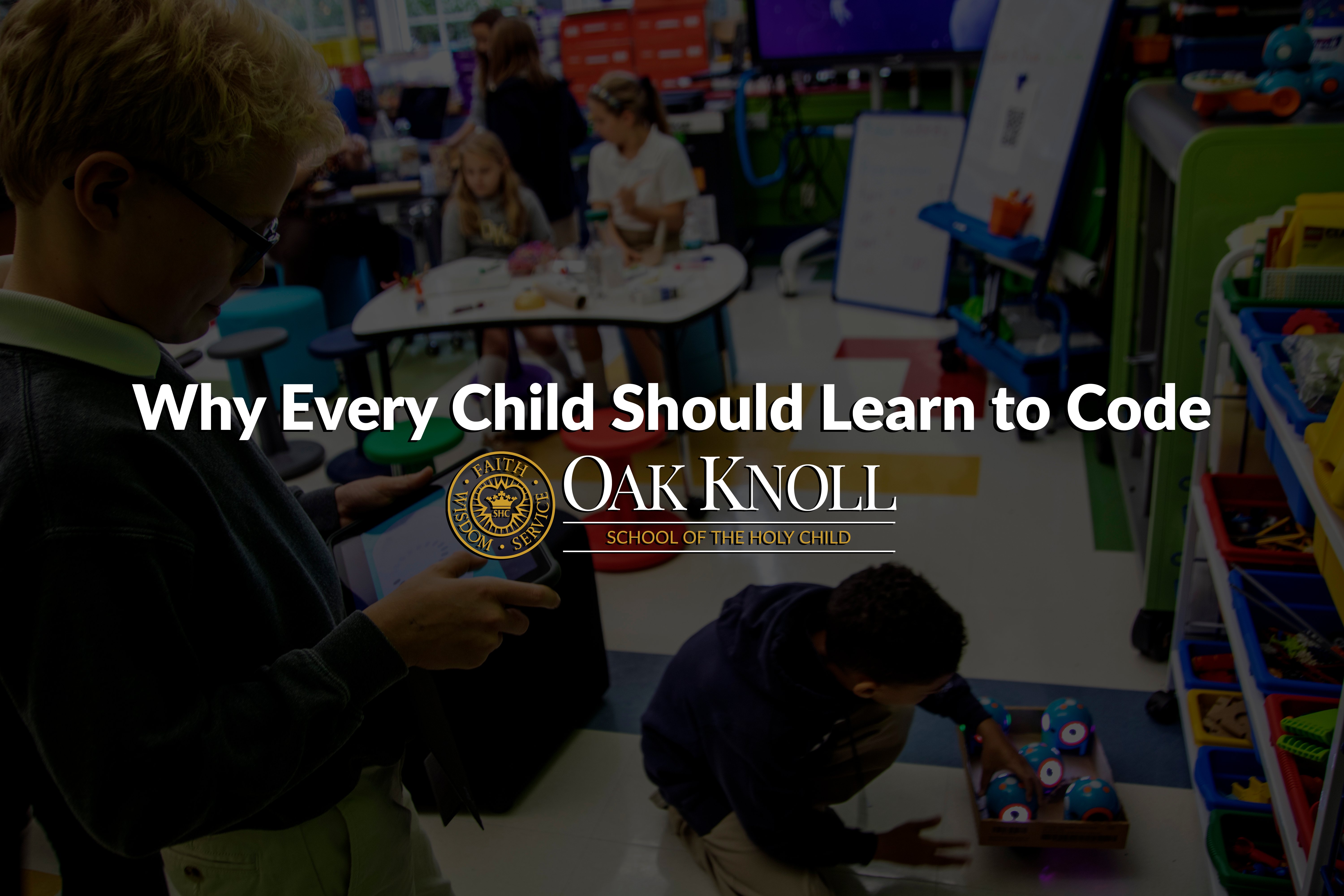 What does it mean to code?

Coding is what makes it possible for us to create computer software, apps and websites. Your browser, operating system, the apps on your phone, Facebook, and this website – they’re all made with code.

Why does it matter?

Computing occupations are among the highest-paying jobs for new graduates, according to the National Association of Colleges and Employers. Yet, fewer than 3% of college students graduate with a degree in computer science, and only 8% of STEM graduates are in computer science.

Women in particular hold only 24 percent of jobs in STEM fields, according to the National Science Foundation.

Further, while 90 percent of parents want their children to study computer science, just 45 percent of high schools teach it. Elementary schools have only just begun to enter the conversation, too, with programming options being offered through periodic interdisciplinary projects.

Skills — not job titles — will define the roles of future workers and most of those skills will be honed by creating, problem-solving and collaborating using technology.

Coding is an extension of writing, and in a digital age where we are interacting with gadgets to accomplish our daily routines, it’s becoming critical to know how programming works.

Recently, my school joined more than 100 million students across the globe in the Hour of Code, the largest learning event in history. From December 9-15, 2019, our students committed to learn and explore computer science methods for an hour during Computer Science Education Week.

But encouraging our children to learn to code cannot only happen during a one-week annual event. We want our students to continually interact with each other in this digital age because that enables them to be creators, designers, engineers and much more.

Teaching children to code provides them the skills they will need to control, solve problems and utilize the technology in the environment around them. Reading and writing code is changing what it means to be literate in the 21st century.

Interested in learning more about coding literacy? Watch our free on demand video, "Re-Coding Literacy," where we explore coding as a key literacy in the 21st century.