We found this document on the network printer near the tech office. We’re pretty sure this will help during the holiday shopping season (especially this weekend, hint, hint!). Just don’t tell anyone where you got the information from, as we don’t want to get our helpdesk folks in trouble! 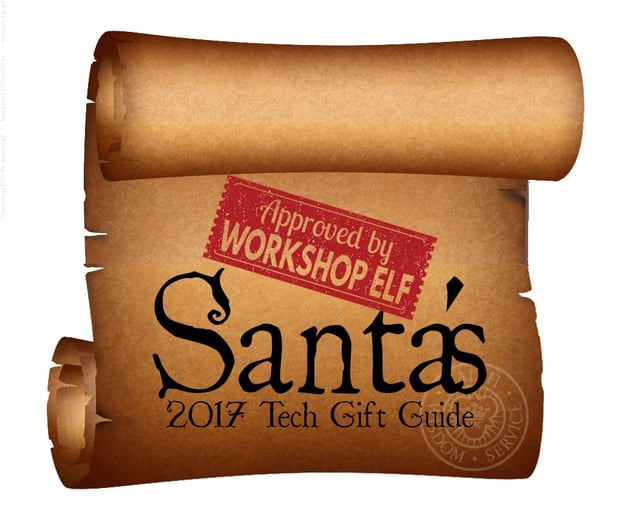 As per our standard operating procedure, we are sending this memo to all tech support operations. Our data show that by helping you be prepared for what is coming, we all end up with better customer satisfaction ratings! This year we are breaking down the tech gift guide items by general category, moving from youngest population to older populations within the category. We hope you find this helpful as you prepare for the onslaught of support questions you will inevitably receive about this year's technology gifts. We wish you luck in supporting your community through this purchasing season.

This category is still growing, as the number of options available have increased, and there have been updates to existing lines. Everyone loves watching the little robots move around, so make sure you have plenty of room. The Ozobot Evos need whiteboards or large sheets of paper since they follow pens/markers for programming, and the Spheros need a bit of room (and a phone or tablet) to operate. A new entry is Kamigami, which love and move like little real life creatures. Cue, the update to Dash & Dot from last year, has a choice of personality profiles and is much more interactive than before. Most robotics platforms need a tablet or phone for programming, so expect calls on how to connect everything to bluetooth. Of course, with yet another Star Wars movie coming out, there is a whole line of controllable droids from Sphero, including R2-D2. These are not hard to support and should provide hours of fun as long as everyone remembers to keep everything charged!

Many of the requests coming in this year are for toys that encourage creativity while providing a learning opportunity. From electronic kits to the ever-popular Legos, you are going to start encountering more questions about how to make a toy do something than how a toy actually works. One of the most popular requests is Osmo, which is an elementary learning pack specifically for the iPad. The only problems you can encounter with this toy is if someone tries to use it without the using an iPad. There are the circuit kits, Snap Circuits and littlebits, which require a bunch of batteries but otherwise support themselves. We are seeing a growing increase in subscription kit requests. There are cooking kits, like Raddish Kids, and STEM kits from KiwiCo, that provide a monthly box of project ideas and resources based on a given topic. The level of supplies included with the kits varies, so make sure you have everyone check the boxes for all the parts before troubleshooting. There are now also advanced build-your-own computer kits, Kano and Piper, that allow you to build a miniature computer for a variety of projects and games. This sounds more complicated than it is, because the instructions that come with the kits are pretty good, even by our standards. And again, because of Star Wars, there is a Build Your Own Droid kit from littlebits that is at the top of every fan’s list. Boy, I wish we got a cut of that merchandising!

We are having a hard time keeping up with the number of new releases of phones, home devices, computers, toys, cameras and other devices that seem to get announced just to confuse people into buying something. All the really new stuff gets announced at trade shows in January and February, it takes them all year to produce them, and then we get to figure out all the bugs for them! We have the new iPhones, new Pixels, new flip chromebooks that turn into android tablets, each with their own fans and critics. Other than constantly making sure the devices are kept charged and up to date, there is not much more advice we can give you on these items. We are seeing more and more requests for home automation, with the Amazon Echo and Google Home devices leading the way. Both integrate well with the Philips Hue Lighting system, Nest Thermostat and other home gadgets to control different aspects of a home. And, yes, Star Wars has an entry here, too, with the Jedi Experience game system, which looks like the first real virtual reality system specifically for a single media property, but operates off certain models of phones. The equipment looks great, we just hope it can be used for more than just Star Wars at some point.