Pardon my French: Why the Language of Love Is Still Relevant

Very rarely do we question the practical, lifelong applications of a high school class. When was the last time you wondered, for instance, whether Ohm’s Law would be useful in your career? Or, does knowing that James Buchanan was our 15th President have an impact on your earning capacity? And, what about those sines and cosines — what practical meaning could they possibly offer to your life? With foreign language, however, the “useful” question invariably comes up and many times families choose a course of language study based upon its pragmatic value. So, let’s explore the practical side of learning language in general and learning French in particular. 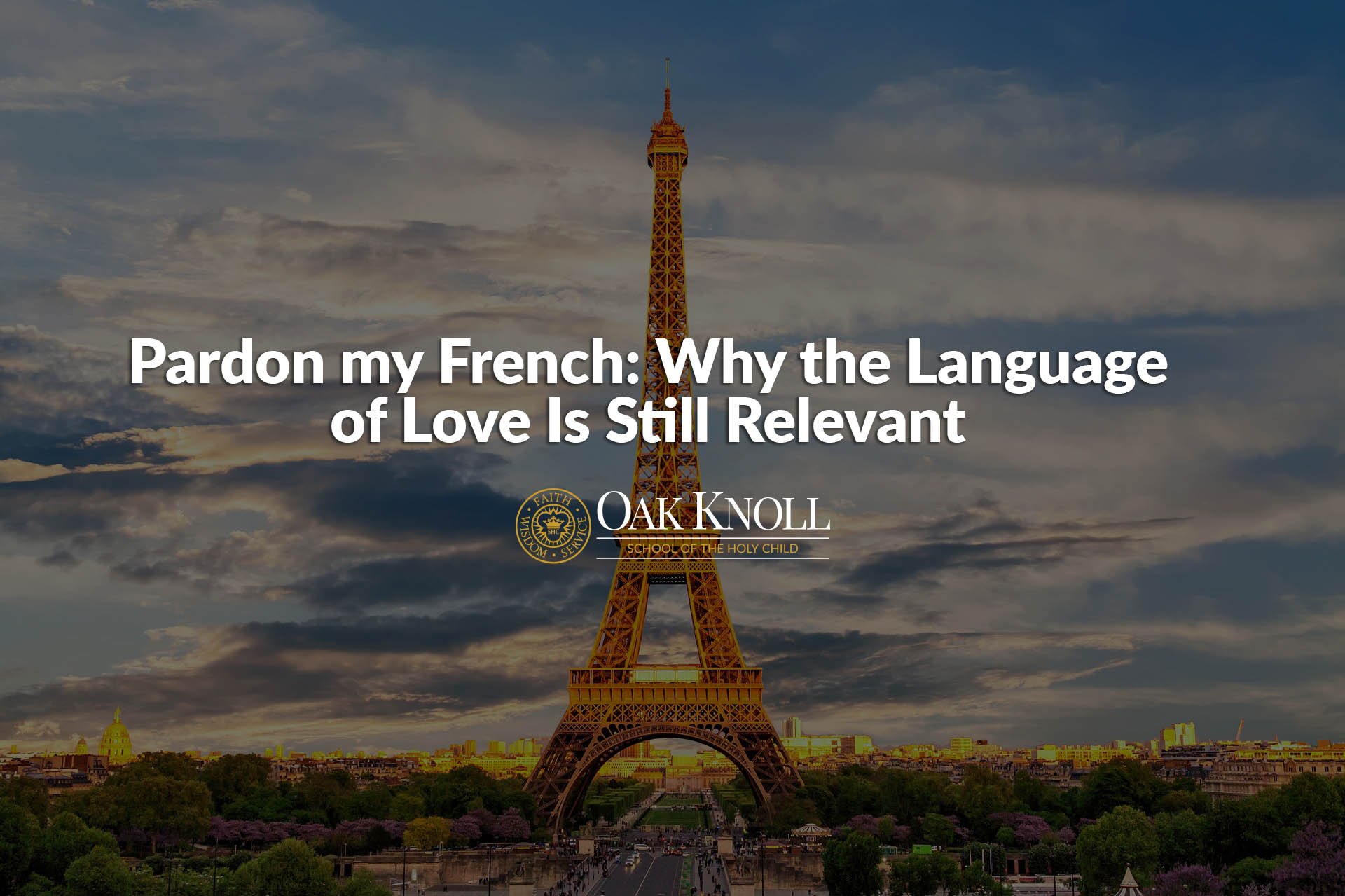 Recent research offers indisputable evidence that learning a language, any language, at any age has life-long cognitive benefits — benefits that seem to outrank any other subject that students tackle in school. From enhanced standardized test scores to stemming cognitive decline in later years, learning another language is one of your brain’s best friends. At Oak Knoll, we have a three-year graduation requirement in a foreign language. Most of our students study Spanish and this may seem reasonable since, according to statistics, there are approximately 40,000,000 native Spanish speakers in the United States — about 13 percent of the population and this number is rising. Given these statistics, the ideal would be for school children to learn to express themselves in both Spanish and English, pretty much as the Québécois do in French and English, but school systems need time to adapt to a country’s changing linguistic reality. As for Latin — which we also teach at Oak Knoll — while students are generally not speaking Caesar’s idiom, people realize the incredible benefits of learning Latin; not only does it tend to strengthen one’s native English and the ability to acquire Romance languages, it enhances scores in the fearsome SAT test and aids in learning ostensibly unrelated subjects such as math.

How Useful is French?

So, what is the case for French? Is it to be forever relegated to the domain of love and philosophy with little use in the real world? And, although Oak Knoll’s strong French program boasts its interdisciplinary and critical-thinking approach — really, let’s get practical — how useful is it? Well, consider the following facts:

Beyond the practical, of course, exists something perhaps more profound for Americans -- the historically significant connection between France and the United States, a connection we cannot forget. The founding of our nation owes a great debt to France, our first ally. In fact, Generals Lafayette and Washington were such great friends that the French Marquis named his second son after George Washington. And 35 U.S. cities have chosen Lafayette’s name for their own. Throughout the centuries, reciprocal alliances and intellectual and cultural exchanges have deeply and indelibly marked Franco-American relations and, like any friendship with its ups and downs, the influences of this friendship are irrevocably established in our national consciousness and identity.

So, when considering which language to study in school, do remember that French is the language of love and ideas and, of course, you want to be able to order in a French restaurant, but the reasons to study French are not only practically sound but undeniably relevant to us Americans.