4 Ways to Talk to Kids about the Election

November’s general election is one of the year’s greatest teachable moments. With candidates Donald Trump and Hillary Clinton, who disagree – loudly – on practically every issue, we would be kidding ourselves if we thought children were not paying attention and discussing the election amongst themselves. But how do we (as teachers and parents) talk to them about the election in a way that can be constructive, educational and age-appropriate? Lower School social studies teachers Leslie Smith and Michael Manna compiled their helpful tips to keep in mind when talking to kids about the election: 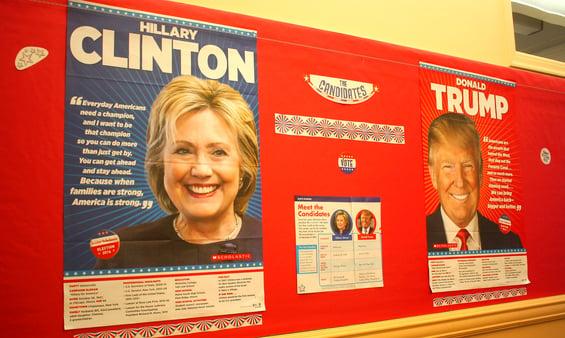 At school, we consider ourselves nonpartisan leaders. But at home, it’s not that easy. Children will ask you who you are voting for, and the answer isn’t always simple. It’s important for kids to learn about every political party so that they grow up to become informed citizens of the future.

Especially for our younger children, this is the time for teaching them about the election process. You can talk to them about the different political parties and what makes them different; introduce them to the various candidates (perhaps when you see a political commercial on TV or watch a debate); and explain how candidates are chosen – and how elections are won. For our students in third and fourth grade, we talk to them about the electoral college and the primary and general elections. For this age group, we do not go into detail of the candidates’ platforms.

3. Stick to the issues

Whether we like it or not, there is a lot of information out there about Hillary Clinton and Donald Trump. One of the most important things we can do as adults is cut through the hype and go right for the issues (in an age-appropriate way). One great activity we do with our older students in fifth and sixth grade is to have them choose a topic discussed during one of the debates (say, for example, immigration) and research that topic based on each of the candidates’ positions. It is interesting to see what they come up with and whose positions they support – and why. This is something you can do at home, too. 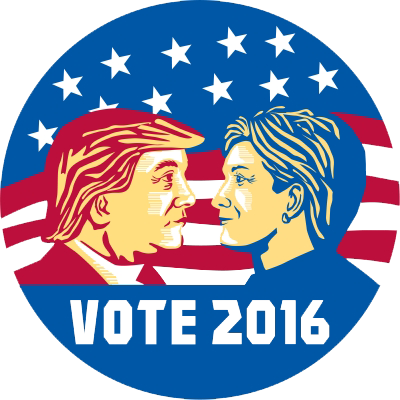 4. Instill the importance of voting

Just 42 percent of voters between the ages of 18 and 24 actually showed up and voted in the last general election. According to Scholastic, that was the lowest turnout of any age group that year. We are educating the next generation of voters right now, and our goal has to be to get children to understand at an early age that no matter their political affiliation, their vote counts. This year, all of our Lower School students in kindergarten to sixth grade will have the opportunity to cast their very own vote in our mock general election in a real voting booth.

BONUS TIP: Take them with YOU to vote!

One of the best ways to make the election process super educational and come to life for your child is to directly involve them.  By bringing them with you to the voting booth (if your polling location allows) they will see firsthand who you decide to vote for and how the process works. Watching as other eager voters step up to the booth will be energizing for your child and they will look forward to voting on their own.

Do you have any other tips based on how you talk to your own children about the election and the candidates? Leave your advice for others in the comments below!